Indian companies are scrambling to retain hundreds of crores of input tax credit for last financial year under the Goods and Services Tax (GST) regime that it could lose if it fails to substantiate the claim with vendor returns.

The deadline to file this claim is October 20, while vendors can file their sales return till October 31. This has created a situation where vendor returns are not available for reconciliation.

Industry associations have represented to the government seeking an extension of the deadline.

“In the event the tax authorities insist on disallowing input tax credit based on a cut-off date referenced to filing of GSTR-3B, taxpayers will be denied the opportunity of availing input tax credit to which they are rightly entitled to as per the provisions of the Act,” industry body Assocham said in its representation to the finance ministry.

Other industry bodies such as CII have also petitioned the government on the issue.

THE ISSUE
The GST, which was rolled out in July 2017, replacing multiple state and central taxes, introduced a concept of matching for claiming input tax credit.

A buyer had to reconcile input tax credit claimed with tax paid by the supplier in returns filed on the GSTN portal to claim credit.

However, due to IT-related glitches, online matching was put on hold and taxpayers were allowed to claim a provisional credit on the basis of self-declaration in monthly summary return or GSTR-3B.

Most businesses did not carry out reconciliation of input tax credit provisionally claimed.

There are many instances of a supplier not filing the return for months but the buyer claiming input credit for tax paid to them.

The GST law, however, clearly spells out that the buyer is not entitled to claim input tax credit if the supplier does not pay tax to the government.

The law also provides that any adjustment on account of input tax credit pertaining to invoices of the financial year 2017-18 cannot be claimed, whether additional or reversal, beyond the filing of GST, return for the month of September 2018, for which due date is October 20, 2018.

INDUSTRY IN A FIX
With barely days to go, businesses are rushing to match credit claimed with vendor returns. Buyers will need to communicate any mismatch to his supplier, who will then need to undertake corrective action in their upcoming GST returns that is the GSTR-1. The government, last month, extended the due date of filing GSTR-1 to October 31.

So, while a vendor can file corrected GSTR-1by October 31, the buyer needs to make an adjustment in his input tax credits by October 20. This, therefore, requires completion of reconciliation exercise on assumption that vendor would correctly report the transaction or amend the previous return transactions on or before October 31.

Experts say there could be significant error in vendor returns. “Matching is to be done on an all-India basis and not state-wise. There are numerous cases where vendors have reported the invoices in a wrong state and if a state-level matching is done, there are numerous mismatches, leading to credit loss,” said Rajeev Dimri, partner, Deloitte Touche Tohmatsu India LLP. 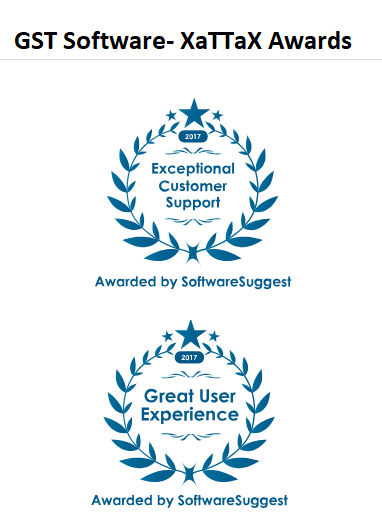